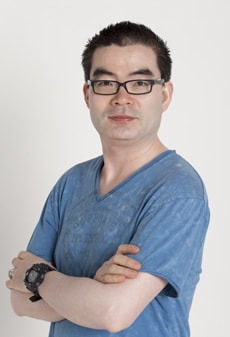 HISTORY
The Samuel Dong Corporation developed from a small factory, Golden Season Fashion, which has been in business in Hang Zhou, China since 1982. In 1996, Samuel started the U.S. division of Hang Zhou Golden Season Fashion. Today, Samuel Dong has corporate showrooms in New York and Montreal to support more than 2000 boutiques who currently sell Samuel Dong apparel in North America. The brand has become one of North America's most competitive brands on the domestic and international market. Internationally, Samuel Dong can be found in top boutiques in the following countries: Australia, Japan, Korea, Hong Kong, Singapore, Israel, Lebanon, France, Spain, Italy, the Netherlands, Poland, Denmark, Ireland, Nigeria, Chile, and Argentina.

Samuel grew up in the fashion industry with a background in apparel production and sales. With a degree in Textile Engineering and his natural business savvy, Samuel took his knowledge of fine fabrics as well as passion for elegant style, and opened an office and showroom in New York's Garment District. Golden Season fashion launched their first boutique collection in the year 2000 with Don's Collection. After five years of work in the U.S., Samuel decided to develop the Samuel Dong brand by creating a beautiful collection for Spring/Summer 2001. Ever since Samuel continues to look for exceptional fabrics to create his next collection, while surprising current customers and attracting new ones.